Singer Jeremy Pinnell has had a heavy presence in the Ohio/Kentucky music community for many years. Before tracing his way back to roots and Country music, his husky voice helmed a vessel of genre-bending songs written, recorded and performed under the moniker, ‘The Light Wires’. The band, comprised of drummer Rick McCarty, guitarist Andy Hittle and bassist Mike Montgomery, recorded a stellar self-titled full-length and played locally and regionally to support it. Sifting their way through Pinnell’s catalog of song stems they wrote and recorded a fantastic follow-up record but the band dissolved before it saw a proper release. 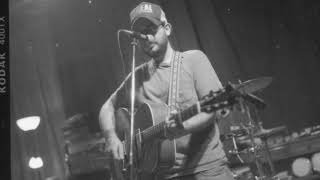 Before tracing his way back to roots and country music, singer Jeremy Pinnell’s husky voice helmed a vessel of genre-bending songs...

Artist Spotlight : An interview with Andy Hittle of The Light Wires.

SofaBurn checks in with Light Wires guitarist Andy Hittle for a walk down memory lane. SB: The Light Wires' self-titled debut was first...
bottom of page