Hey Kelley! We thought we'd check in. We know you're out touring with the Breeders; where are you now? Hi Mike! I’m in the city of Belfast in Northern Ireland. We crossed on the ferry last night from England. Do you remember when you and I had the great idea to try to record a video with our acoustic guitars on the upper deck of a ferry when R. Ring was last in Europe? When was that?! HA! How have the shows been going? We haven’t even started the proper tour yet! We came o 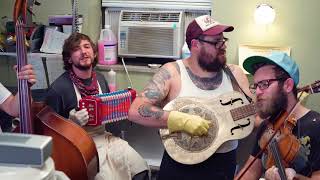 “I was 14 years old when I got my first job washing dishes on a floating restaurant just a quick bike ride away from my home on the banks of the Ohio River. It was a good job to have as my first and it kicked off a long career in the arts of dirty dish sanitation. I could come to work as dirty as I wanted to, feed the ducks, and take long breaks staring at the river just dreaming about the day I might cut the old boat loose and set off on a real adventure. That dream was cut

We checked in with songwriter Daniel Martin Moore to find out what’s been keeping him busy since the release of last year’s mesmerizing LP, Turned Over to Dreams. Where are you now? DMM: A Heine Bros. coffee shop in sunny Louisville, KY. What's new for DMM? DMM: I'm mixing a new record, and thinking about how to finish recording another record that is written and partly done... And I'm finally starting a long-dreamt-about cookie company... I know you're constantly working on 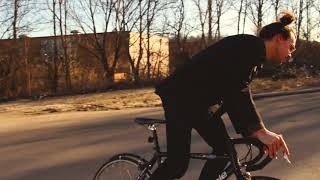 Fresh off their performance with The National at this year's Homecoming Festival, Cincinnati experimental-pop band A Delicate Motor has a released a new music video for their single "Fall Out." Premiering with CityBeat, the track is from their upcoming album Fellover My Own, which is set to be released on June 29th via SofaBurn Records. Partway through the song, you can hear the sounds of a bicycle, which belonged to the deceased childhood friend of vocalist and sole composer 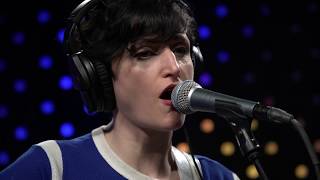 Bat Fangs LIVE on KEXP with Mike Montgomery on bass.

B. Hamilton release Full LP 'Nothing and Nowhere'!

B. Hamilton Releases "Song for T.W." Single and Video!