We're excited to announce the release of The Tillers new album out March 23! Thanks to No Depres

Singer-songwriter-guitarist Sean Geil had this to relate about the track,"'Revolution Row' was inspired by all the people standing up and speaking out against the evils and injustices in the world. When I started writing it I was angry. By the end of the song I had worked through a lot of that anger and wound up in a more hopeful place. Things are messed up right now, and we have to work together to turn it around." Pre-Order available NOW. VINYL CD

Kevin Schmidt, Rick McCarty, and Mike Montgomery have been writing, recording, and touring as Ampline since 2001. Since then, they’ve stitched their way across the United States many times and have done multiple tours in Europe and the UK. Passion Relapse, the group’s fifth full-length album, comes out January 26th via SofaBurn Records. It was recorded, mixed, and mastered at Montgomery’s Candyland; an analog-based recording studio located in Dayton, Kentucky that has played 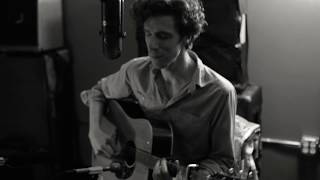 Recorded by Mike Montgomery @ Candyland Recording Studio, filmed by Michael Wilson. "Consider The Worlds" from 'Turned Over To Dreams' available NOW on VINYL/CD. "We made this video in June of 2016, then got busy with all the other things of life & basically forgot about it for 1.5 years… But now we’ve remembered. And we hope you enjoy. Happy new year." - Daniel Martin Moore

We first introduced you to the music of Ampline’s Mike Montgomery last year with our profile on R.Ring, his duo with the Breeders’ Kelley Deal. Ampline—Montgomery, Kevin Schmidt and Rick McCarty—has been together since 2001 and will release its fifth album, Passion Relapse (Sofaburn), on January 26. You can pre-order the vinyl here, but today you’re in for a treat: We have the premiere of LP track “Captions” for your listening pleasure. Says Montgomery of the track, “We wante

Thanks for the kind words, Saving Country Music.

"Jeremy Pinnell‘s 'Ties of Blood and Affection' is another release that has folks talking beyond the Bluegrass State."
1
2
34

B. Hamilton Premiere via Glide Magazine!