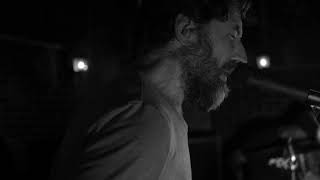 “Steve Mathisen built the video pulling from live photos and the album artwork and some old footage from previous tours. This song is the title track; a weight we felt it could carry as it flexes its muscles and carries our hearts when needed. The lyrics rake the shifting soil of the human condition: ‘What lurks in the void between non-existence and life? Between belief and non-belief? Between love and apathy?'” – Ampline

'Ties of Blood and Affection' makes Routes & Branches Best of 2017!

"This is his lane, Pinnell's modus operandi. He lays out a thick and satisfying country groove and tops it with lyrics not typically found rebounding off the timbers and tables of your average roadside establishment. 'I Don't Believe' launches like a classic country trucking song punctuated with pedal steel and relentless shuffle. Then he launches into the chorus: I don't believe in a long black train / Or a lake of fire / Or a 40 day rain / But I believe we can all be free /

I don't think I'll ever get tired of sad songs written in G. Especially when they're held in such capable hands as Jeremy Pinnell's. Before Pinnell set off on his own with his remarkable OH/KY, he trekked across the Midwest with heavyweights Ampline's Rick McCarty (drums), Alone at 3 AM's Andy Hittle (guitars), and bassist Rick Montgomery of R. Ring and Ampline. The band put out a self-titled album and had The Invisible Hand in the can but called it a day before it was releas

Daniel Martin Moore Relix review for 'Turned Over To Dreams'.

'Turned Over To Dreams' available now on VINYL/CD. Order HERE!

Great 'Ties of Blood and Affection' review from Folk and Tumble.

Pinnell has produced a record that has a great live band sound to it. The production is laid back and avoids the slickness that too many Americana and country records go for these days. The slide guitar that covers practically all of the record sounds sharp and earthy and the melodies combined with Pinnell’s lyrics deliver age-old stories of heartbreak, debauchery, and prison in a laid-back humorous up-tempo Honky Tonk style. In many ways the record made me think of the Rolli
1
2