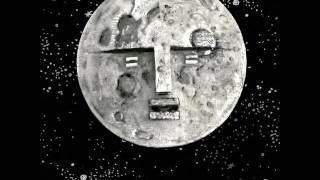 'Turned Over To Dreams' Out NOW on VINYL/CD. Thanks Iron Post for the love.

Daniel Martin Moore has been making music in Kentucky for a number of years – as a solo musician, and in collaborations with such well-known Kentuckians as Ben Sollee, Joan Shelley, and Jim James. I first heard him on the 2010 album, Dear Companion with Ben Sollee, which remains one of my favorite albums. Turned Over to Dreams finds Daniel on his own, where he has crafted a beautiful, soothing album of lullabies. The title track quietly twinkles into focus before Daniel’s gen

[9/10 stars] “Ties Of Blood And Affection is one of the country albums of 2017. It is quite brillian

The nine songs that make up Pinnell’s second record, “The Ties Of Blood And Affection” are a – you hesitate to use the phrase – celebration of the normal. It is for all of those, like MV, who dreamed of watching their team play in the cup final rather than play in it themselves. Opener “The Ballad Of 1892” features the first line “laid up in the house full of hookers and wine” and is a classic country chugger in the mould of the songs on that Elvis Country album your mum had

R. Ring is ON TOUR NOW in support of their full length release, 'Ignite the Rest'.

B. Hamilton Premiere via Glide Magazine!