Buffalo Killers, hailing from Ohio deliver hook heavy homegrown rock n roll. Lead by songwriting brothers Zachary and Andy Gabbard, the band has drawn the attention of the likes of Chris Robinson, who invited them to open a string of dates for The Black Crowes and Dan Auerbach, who produced their sophomore effort "Let It Ride," to name a few.

The boys are coming off a prolific five years of released albums:  The critically acclaimed "3" (2011), "Dig. Sow. Love. Grow." (2012), "Ohio Grass" (2013).  Producing "Heavy reverie" (2014)  and "Fireball of sulk" (2014) along side Jim Wirt. The Gabbard Brothers also jumped into new territories with Zachary producing Handsome Jack's  "Do what comes naturally' and Andy recording his debut solo album "Fluff" both released on Alive Natural Sound.

Rolling Stone describes their sound as "...muscular power-pop with hints of psychedelia and stoner-rock..."

"Heavy on the heavy and with plenty of hooks" - High Times 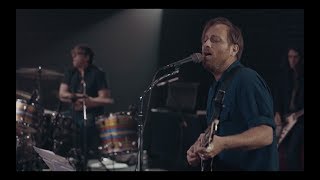 Check out Gabbard Bros with The Black Keys via Rolling Stone!

We could not be more excited for our guy Zachary Gabbard and his brother Andrew Gabbard as they embark on their upcoming tour!! Those...

Sunday Fed Creek Birds is a new collaborative project fronted by Zachary Gabbard of Buffalo Killers. The premise of the project is...
bottom of page